Since its first appearance in the 1950s with the Georgetown experiment, its development has undergone different phases. It ranges from the time-consuming, “encoding age” of transformational rules to the “statistical era”, where machine translation systems draw statistical patterns by analysing and comparing a considerably voluminous corpus of previously translated or aligned texts and “learn” to translate.

The numerical and linguistic clash

In a world where localization businesses are constantly on the lookout for faster and steadily higher profits, machine translation is the key. However, the enthusiasm generally shared by businesses is nowhere to be found on the translators’ side. Reluctant to the idea of seeing their role be gradually replaced by some more productive “calculator”, they have more than one reason to raise doubts and preserve the linguistic order of things.

So, where to stay?

I’m a translator and I naturally dislike numbers and calculations. However, I had to look more closely into the matter to take a stand. A few months ago, while searching for new clients, and more precisely translation agencies, I stumbled upon one freelance collaboration offer where machine translation post-editing skills were a requirement. I became intrigued and talked to people about it. Not only to linguists, but also to representatives of translation businesses.

As expected, while translation agencies were generally orientated towards the use of machine translation tools to be employed in highly technical fields and in the more widely translated language pairs, translators had nowhere to go. Or better, when confronted with the machine translation debate, they would swiftly turn their backs to machine translation on the assumption that their invisibility would become a real disappearance from the translation stage. In a nutshell, the fear of losing their translation initiative was overwhelmingly devastating and unacceptable.

On the one hand, like many fellow translators, I did not like the idea of seeing my professional role reduced to a mere figure. On the other, there was a likely collaboration at stake. So, slightly biased, I decided to examine what machine translation post-editing had to offer.

The bond between machine translation engines and human translators

Machine translation systems are “machines”, mechanical and limited to either predefined rules or statistical data. And they DO need translators.

No matter the nature- light or to publishable quality- and purpose of post-editing, machine translation engines need to be accurately trained and their output depend exclusively on the meticulous work of linguists collecting and preparing data to be processed by machine translation systems.

Moreover, the linguists’ role, far from being limited to the preparation stage, becomes all the more relevant in the post-editing phase where a clear understanding of the text and where stylistic, grammatical, syntactical, terminological, knowledge-related and formatting changes are required to achieve the outmost level of accuracy, just like in human translation.

Interestingly enough, like with machine translation engines, translators need to be trained and familiarize with the tool and editing process and play a fundamental role in the feedback stage.

Finding the balance between linguistic and alphanumerical patterns

To sum it up, as a translator, I would never give up my translation skills. However, considering that translators will still play a crucial role as post-editors both in the preparation and post-editing phase, and given the market and technology trends, it would be appropriate to take a step forward and carefully think about how machine translation can contribute to the role of translators in the future. 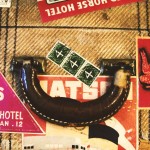